Filed under: Health Matters — elmbrookfamilydental @ 11:13 am

Do you ever bring food to bed, or get up and eat late at night and go to sleep without brushing your teeth? I will admit that I am guilty of this. So, today I am writing this post because it’s something that I personally struggle with and need to fix, not only for weight reasons but also teeth reasons! 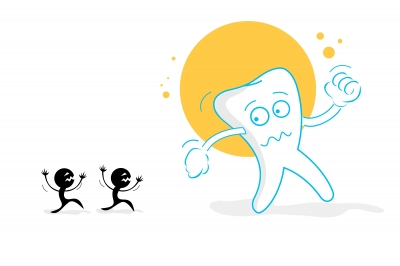 Did you know nighttime is the worst time of day to skip brushing and flossing? I mean, think about it, you’re about to close your eyes and your mouth for (hopefully) 8 hours. Just imagine the party all the leftover food particles and bacteria are having in there at night! At least during the day they get flushed out constantly while drinking water (because you should be drinking water!) If you’re only going to brush your teeth once a day (of course we recommend twice!) nighttime is definitely the best option. But isn’t it frustrating to brush your teeth, go to sleep with a minty fresh mouth, and then still wake up with breath that could scare a dragon away? There you go, there’s the reason for the second brushing in the morning. Or the first. Or whichever.

Still. Let’s talk about that nighttime snacking. This is going to sound funny – but did you know there is actually a diagnosis for constant nighttime binge eating? It’s called “Night Eating Syndrome” and I think I might suffer from it myself. Take a look at the symptoms:

Livestrong.com has an article with some suggestions on how to stop NES.

Eat breakfast and consume all daily calories 3 hours before bedtime. Often, people with Night Eating Syndrome do not eat enough food during the beginning of the day because they are not hungry after a night of bingeing. The guilt that is felt from overeating at night can cause an NES sufferer to avoid calories throughout the day. After dinner, you are left feeling ravenous and the cycle repeats itself. Break the cycle by consuming adequate calories throughout the day and avoid skipping a hearty breakfast.

Increase melatonin levels. Melatonin is a hormone that makes you feel sleepy. The Journal of the American Medical Association states that melatonin levels are lower in people with NES. A full stomach makes it easier to fall asleep, so those who do not naturally have enough melatonin to help them easily drift to sleep rely on food. Melatonin supplements can be taken to boost levels. Exposure to sunlight for at least 20 minutes a day leads to increased melatonin production.

Learn how to manage stress. Night Eating Syndrome is associated with stress. The higher the level of stress experienced by someone who is prone to NES, the worse the syndrome can get. Talk to a therapist about stressors in your life and implement a healthy lifestyle to reduce stress levels.

See a psychiatrist to get evaluated for depression. Night eating syndrome is often triggered by or related to depression, according to Jennifer D. Lundgren, PhD of the Penn Department of Psychiatry. NES can sometimes be treated with anti-depression medications, such as Zoloft.

I am a breakfast skipper. I usually only eat enough to hold me over until lunch. I know it’s not good, but I am afraid to consume a filling breakfast because I feel as though eating breakfast (and thus consuming morning calories) will just add excess calories on to my daily tally because I think I will STILL binge eat at night. However, I’m willing to give the steps a try. I fear for my waist line and my teeth. I’m willing to bet that NES not only leads to obesity but also gross caries of the teeth. I have heard before that brushing your teeth with minty toothpaste can cut down on binge eating too, so I’m going to try to implement a rule to not eat after I brush my teeth.

Comments Off on Don’t Eat In Bed!